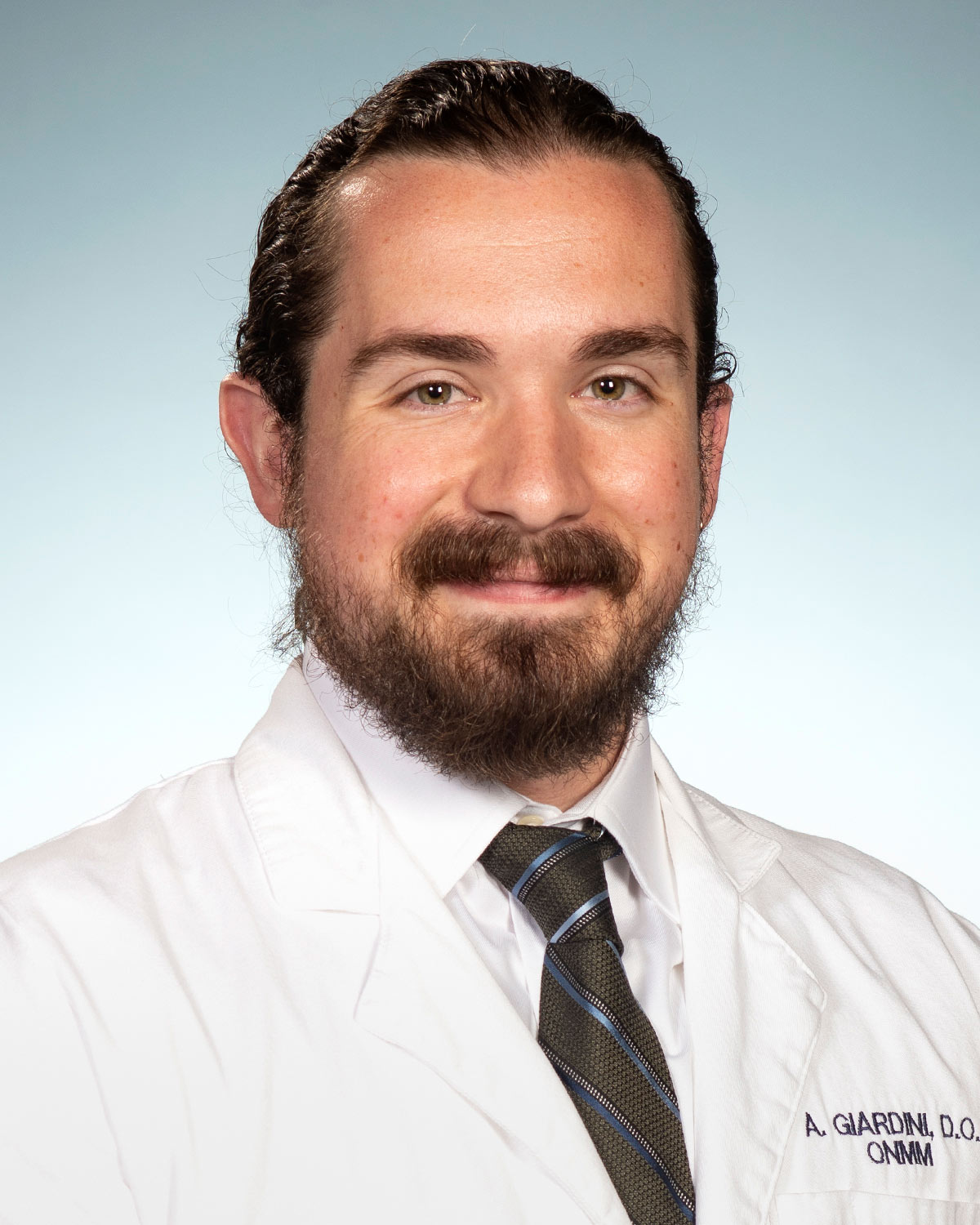 Alberto Giardini, DO, is currently a resident specializing in osteopathic neuromusculoskeletal medicine (ONMM). He is a recent graduate of PCOM, where he earned his Doctor of Osteopathic Medicine degree.

Since medical school, Dr. Giardini has pursued additional training and courses in musculoskeletal ultrasound diagnostics and injections, cranial osteopathy, biodynamics and medical acupuncture. His passion for hands-on treatment stems from his many interests and hobbies since childhood, including music, sports, martial arts, blacksmithing and ax throwing, to name a few.